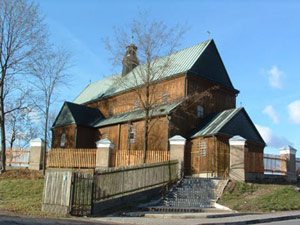 Research in the ancient history of Dąbrowa Tarnowska confirms the existence of organised settlement in the area already towards the end of the 14th c. Dąbrowa was a property of the Ligęza family who granted it civic rights modelled on the Magdeburg ones yet before 1422. Dąbrowa was then a developed village with a large mill, a fish farm, 60 peasants’ farms, a grange and an inn. And although Dąbrowa owed its development to governor Jan Ligęza who had created the basis for the wealth of his family, Sandomierz castellan Mikołaj Spytek Ligęza made the greatest contribution to the economic development of the land. He enjoys the greatest recognition particularly as a generous founder of the alms house and the parish church. He was a skilled parliamentary orator, had his own printing house and therefore Dąbrowa soon became a cultural centre. Construction of a Renaissance castle is also attributed to Ligęza. In 1628 he pleaded with the king to grant Dąbrowa a privilege to organise fairs. The fairs became famous all around Poland already towards the end of the 17th c.

Describing Dąbrowa and its population one should not forget that present estates Ruda and Podkościele used to function as separate centres. At the beginning of the 17th c. the village became a centre of manufacturing, craft services and commercial exchange. Until 1637 it was a property of the Ligęzas and then was taken over by the Lubomirskis. Most probably in 1693 Dąbrowa received civic rights. In 1697 Kazimierz Lubomirski converted the residence turning it into a beautiful palace that existed until 1846 when it was ruined by a fire. In 1948-1965, on that spot a new parish church arose of which only the historical gate has remained. 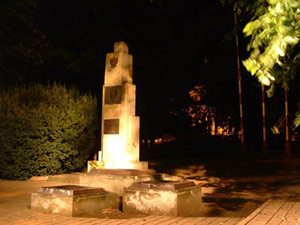 In the 18th c. Dąbrowa was a fully fledged town with numerous craftsmen’s guilds, a school, a hospital. The partitions of Poland put a stop to the impressive development. As a result Dąbrowa found itself ruled by the Austrians. At the turn of the 20th c. the local population started to restore the former magnificence of their town. In 19006 a railway line linking Tarnów and Szczucin was open. World War One and Two resulted in the extensive damage and great loss of human lives. Historical documents point to the fact that in 1939 6,117 people lived in Dąbrowa Tarnowska in 1939. After World War Two there were 4.520 inhabitants. The time of rapid urban development, economic and cultural progress has come. Roads were rebuilt and next new objects arose as, e.g. a bank building, a post office, a hospital, a library town and county office buildings, housing estates, school and sports objects. An orphanage was built as well as a hospice and a cemetery chapel. The systems of commercial and service establishments as well as the telecommunication network have been modernised. Both, the town and commune have been provided with the gas and water supply systems, a part of the area has also been supplied with the sewerage. Dąbrowa Tarnowska has its own modern communal dumping ground. Over the last years a beautiful new building of John Paul II memorial Primary School no. 1 have arisen as well as the Primary School in Szarwarek. Coal-fired boiling houses at schools were eliminated. The town gave priority to ecology and the clean environment and ever since it has been more and more beautiful and modern. In the city centre lighting has been modernised, new estates and streets have arisen

The perfectly maintained green grounds are decisive for the appearance of the town. Major advantages of Dąbrowa Tarnowska include a well-maintained park, clean streets and well –kept public utility buildings and private tenement houses. Coloured facades of buildings surrounding the Town Square add a touch of beauty and elegance to the city. The appearance of villages has also changed as they are in majority provided with modern facilities, thatched buildings have bee replaced with modern houses. Nearly all schools and churches within Dąbrowa Tarnowska commune were built after World War Two what even heightens architectural values of particular villages as the buildings blend perfectly well into their scenery. 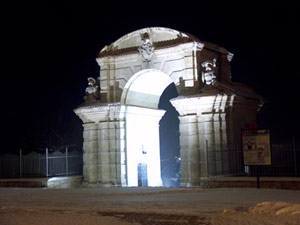 Dąbrowa Tarnowska commune is a safe place, its inhabitants are hard-working people taking much care of their households, sensitive to the beauty of their surroundings. Local villages charm a visitor with their landscape of most beautiful fields and wayside shrines.

The countryside scenery includes also the cleaner and cleaner over the last years little rivers and streams: Brań, Nieczajka, Szarwarczanka or Smęgorzówka. Old willows, beautiful birches and vast forest grounds add to the unique beauty of the local landscape.

Teenagers of Dąbrowa have the opportunity of gaining even better education at present. More and more secondary school graduates continue their education studying at different higher schools achieving university degrees. The majority of local school graduates perceive their future life and work as associated with service institutions and, therefore, they may be ideal staff members.