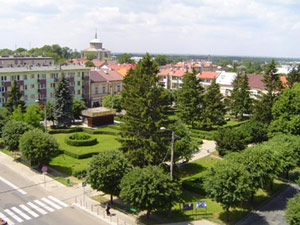 Transport system: Dąbrowa Tarnowska has got a radial road arrangement ensuring links with other communes within the małopolskie province. The town lies on the route from Warsaw to Krynica, 20 km north of Tarnów, 100 km south of Kielce. Since 1 January 1999 the town has again functioned as a county centre.
Telecommunications: The commune offers the well-developed telephone system and an automatic telephone exchange with the total of 4529 subscribers, including 3968 private telephone numbers. Automatic international connections are easily available in the region.

Power supply: The amount of installed power fully satisfies the demand. The town and the countryside have been provided with the gas supply system using low- and medium-pressure natural gas. There are large power reserves. 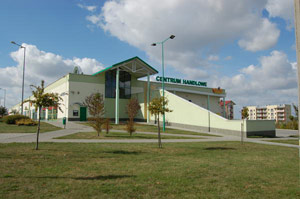 Water supply: Water is provided via an intake on the Dunajec river in the neighbourhood of Żabno. The constructed 21 km of water main line provide a possibility of drawing large water quantities from intakes for Tarnów city. All 12 “sołectwo” units have been provided with the water supply system.

Sewerage: A part of the town has been already provided with the combined sewerage system encompassing also a sewage treatment plant of a mixed, mechanical and biological type. The already modern-type sewerage system has been constructed in: Dąbrowa Tarnowska – 61.2 km, Nieczajna Dolna – 11.3 km, Nieczajna Górna – 9 km, Gruszów Wielki and a part of Gruszów Mały – 16 km. Construction works will commence now in villages: Brnik, Szarwark, Żelazówka and Lipiny. The sanitary sewerage system has already been designed and is being constructed within the town limits, namely along streets: Zagumnie, Szarwarska, Brata Alberta Chmielowskiego, Wieniawskiego, Witosa, Szymanowskiego, Ulinów, Chopina, Czernia, Gruszowska, Leśna, Nowa.

Housing resources: Resources of the Housing Cooperative functioning within the town include 987 flats. In 2004 2 blocks of flats were built and finished, the Commune maintains 269 communal-type flats. Individual housing is well-developed. 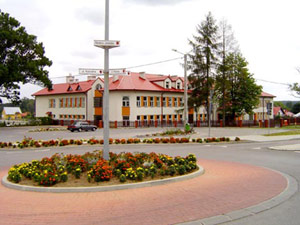 Agriculture: The commune area encompasses poor soils (of the 4th-6th class). The ownership structure: individually owned farms growing corn and root crops. Long traditions of tomatoe, strawberry and cucumber growing for the local market.
Fauna and flora: In the commune there are vast coniferous forests with the prevalence of pines, there are also more abundant deciduous forests with such tree species as the oak, beech, alder, birch. Within the commune limits there are hunting circles encompassing both field and forest grounds. They offer an opportunity of hunting for big game as a passing elk, red deer or wild boar, for deer or small game, namely a hare, fox, racoon dog, badger, stone and pine marten, beaver, and for fowl – a partridge, a pheasant, a quail, a wood pigeon, a stork and birds of prey.

The commune has prepared the Environment Protection Program and the Waste Management Plan for the years 2005-2015 aiming at presenting the current condition of the local environment and waste management within the commune Dąbrowa Tarnowska and propositions of solutions that are to improve attractiveness of the region as far as the environment is concerned.

The environment protection program determines ecological aims of the commune for the period of nearest 4 years and prospective actions for the next 4 years. The commune waste management plan determines the short-term (4 years) and long-term (8 years) strategy.